Diwali, also known as Diwapali, is a five-day festival celebrated by millions of Hindus, Sikhs, Jains and some Buddhists mainly in India, but also throughout the world. It is the most important holiday of the year in India.

It takes place in early autumn, a period between late October and early November. The exact date in Gregorian Calendar changes every year.

The climax of the festival, Diwali, corresponds to October 27th in 2019. Being an ancient tradition, Diwali is one of the most popular festivals in the East. It is definitely worth paying attention to.

2- The origin of the name “Diwali” and its symbolism

The word “Diwali” comes from “Deepavali,” meaning “rows of lighted lamps” in Sanskrit. It is derived from the words of dipa, meaning “lamp, light, lantern,” and avali, meaning “a row, range, continuous line, series.”

Diwali symbolizes the spiritual “victory of light over darkness, good over evil and knowledge over ignorance.” The word light here serves as a symbol of knowledge and consciousness. It is also the reason why lamps, candles, and lanterns illuminate many private and public places during the festival.

3- History of the festival 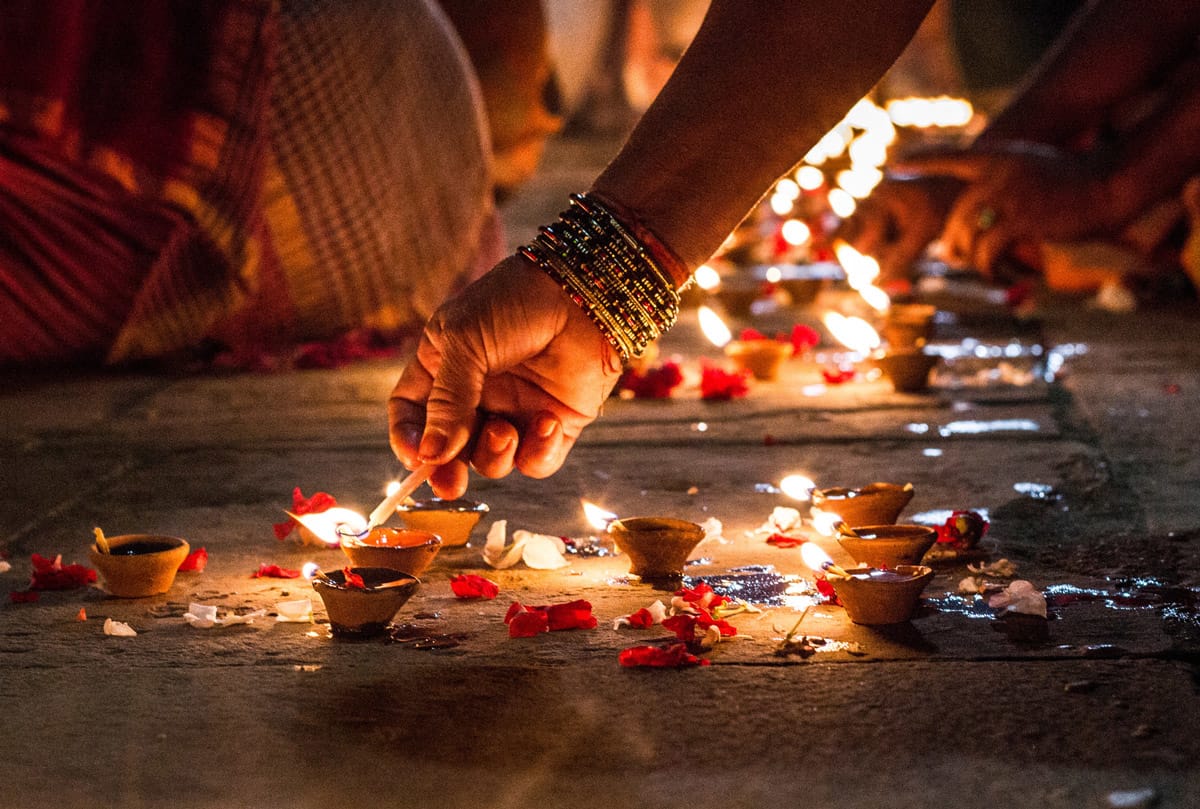 Diwali is thought to be coming from the ancient harvest festivals in India. You can also find words about it in old Sanskrit texts. Now each religion that celebrates Diwali bases the story on different historical events. But the common point is the considerable level of importance attributed to this festival.

Hindus celebrate the return of deities Rama and Sita to Ayodhya after their 14-year exile. They also attach importance to the day Mother Goddess Durga destroyed a demon called Mahisha.

Sikhs particularly celebrate the release from the prison of the sixth guru Hargobind Singh from a Mughal Empire prison in 1619. But historical evidence shows that Sikhs celebrated the festival before this occasion. Jains celebrate Diwali in remembrance of “Mahavira Nirvana Divas,” the physical death and final nirvana of Mahavira, the founder of Jainism. 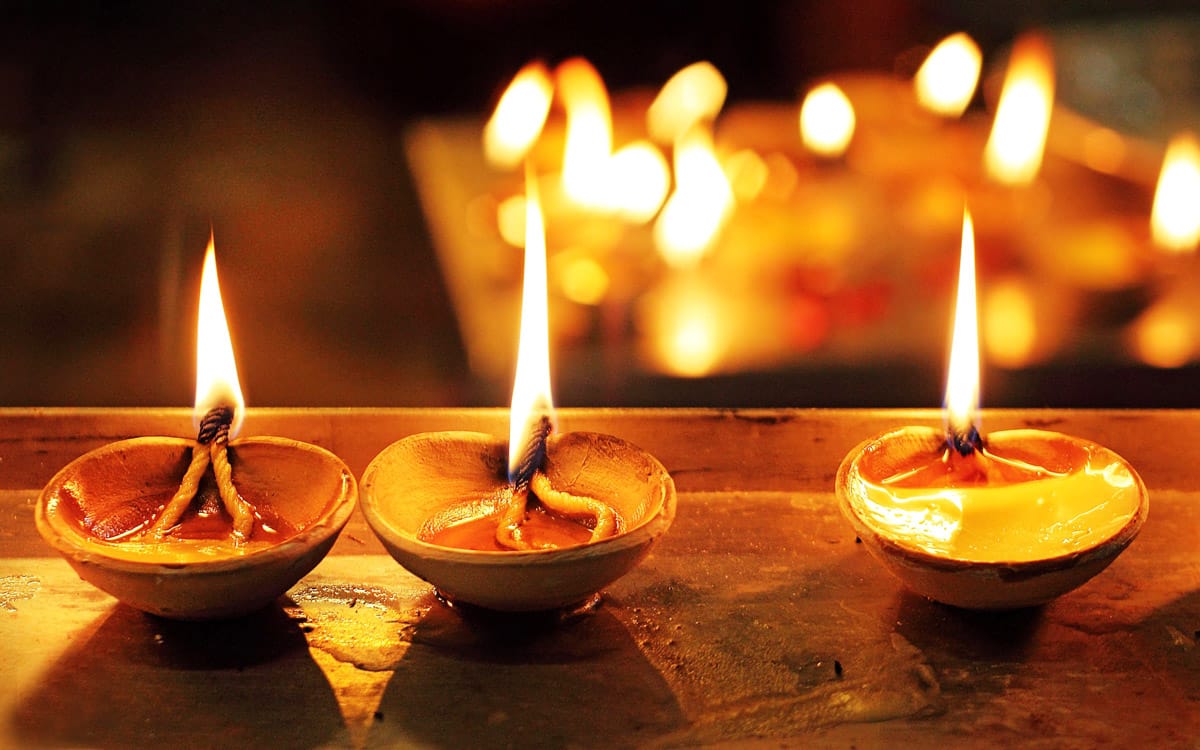 The rituals for the festival last for five days. Each day has its thematic name and cultural significance. The days go like this: Dhanteras (Day of Fortune), Naraka Chaturdasi (Day of Knowledge), Diwali (Day of Light), Annakut (New Year), and Bhai Duj (Day of love between siblings).

Dhanteras symbolizes the prosperity wishes by rituals such as putting money on milk and purifying it or sharing your wealth with people around you. Naraka is dedicated to Lord Krishna whose story is one of the traditional stories that founded the festival.

Evident from its name, the third day, Diwali is the most important one since it coincides with the darkest night of the Hindu lunar month Kartika. It is the day that lights and fireworks are lit to show the victory of light.

On Annakut, food is piled up on behalf of Krishna, and on the last day, especially brothers give gifts to their sisters, symbolizing the sibling protection. Thus each emphasis on each day shows the beliefs and cultural norms that form Diwali. 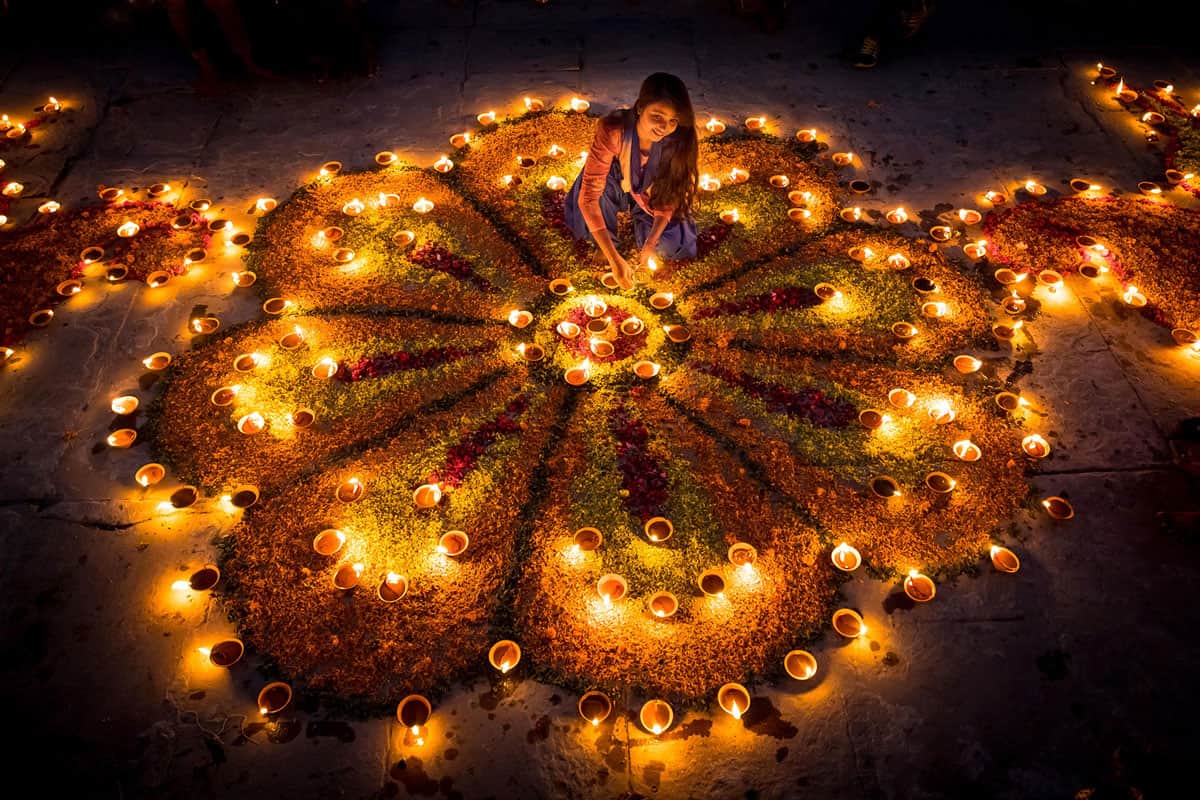 As Diwali is the festival of lights, lighting is quite central to the celebrations. People illuminate their homes, workplaces, temples, and many other places with candles and lanterns. Firework shows take place in many areas.

This symbolism of victory of light over darkness, good over evil and knowledge over ignorance has its own religious and cultural significance. This lightning tradition is a good illustration of how beliefs turn into amazing rituals. 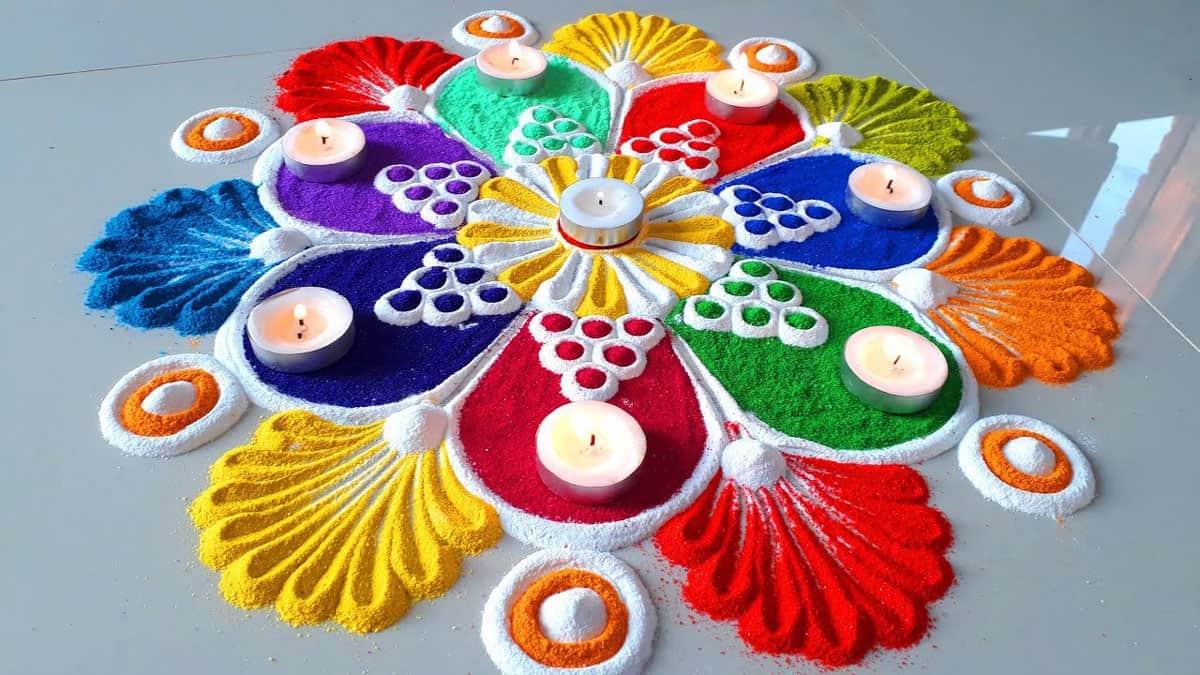 Rangoli is a popular folk art which consists of beautiful designs made using colorful powders and flowers. During Diwali, people draw these patterns on the floor by the entrance of their homes to welcome the gods and bring good luck. Rangoli patterns make the festival scene even more pleasant.

7- A valuable time for Lakshmi 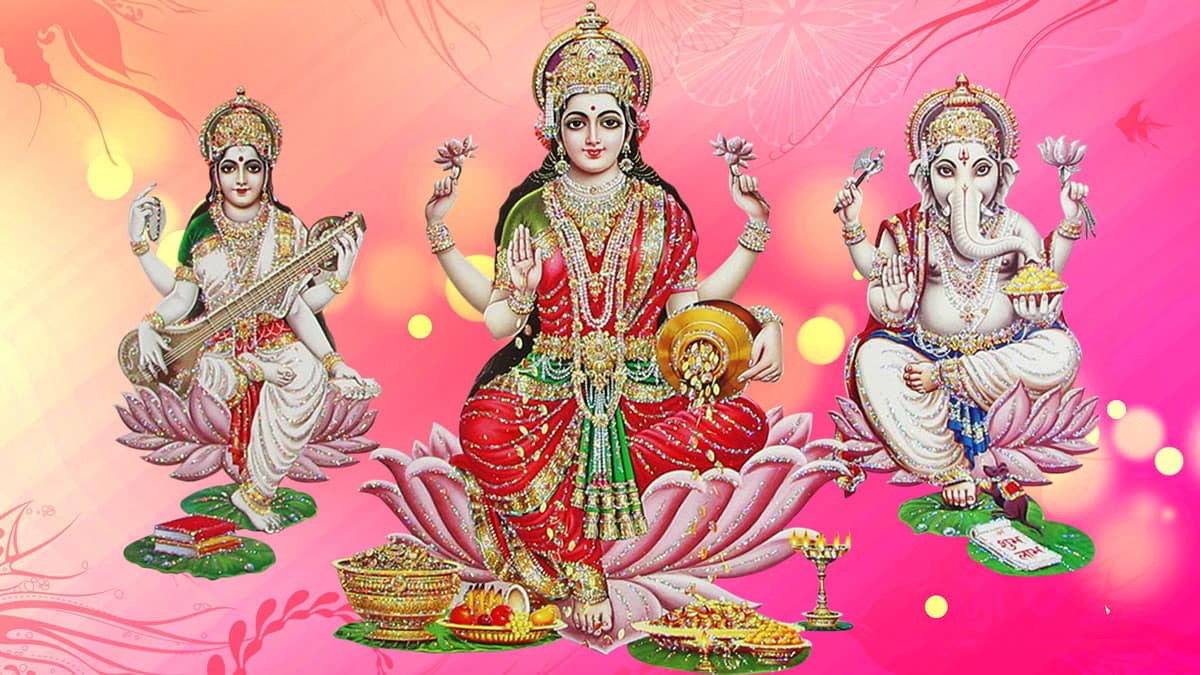 Lakshmi is the goddess of prosperity and wealth in Hindu culture. The belief around Lakshmi is one of the most significant parts of the festival. People offer her puja, meaning worship. The lights and lamps are said to help Lakshmi find her way into peoples’ homes to bring wealthy prosperity in the new year.

Apart from its symbolic and spiritual side, Diwali is an excellent reason for people to spend time with their families. People exchange gifts and sweets, enjoy banquets, watch firework shows and wear new clothes. It’s time to clean and decorate their houses too. Fireworks and sweets are popular among children. 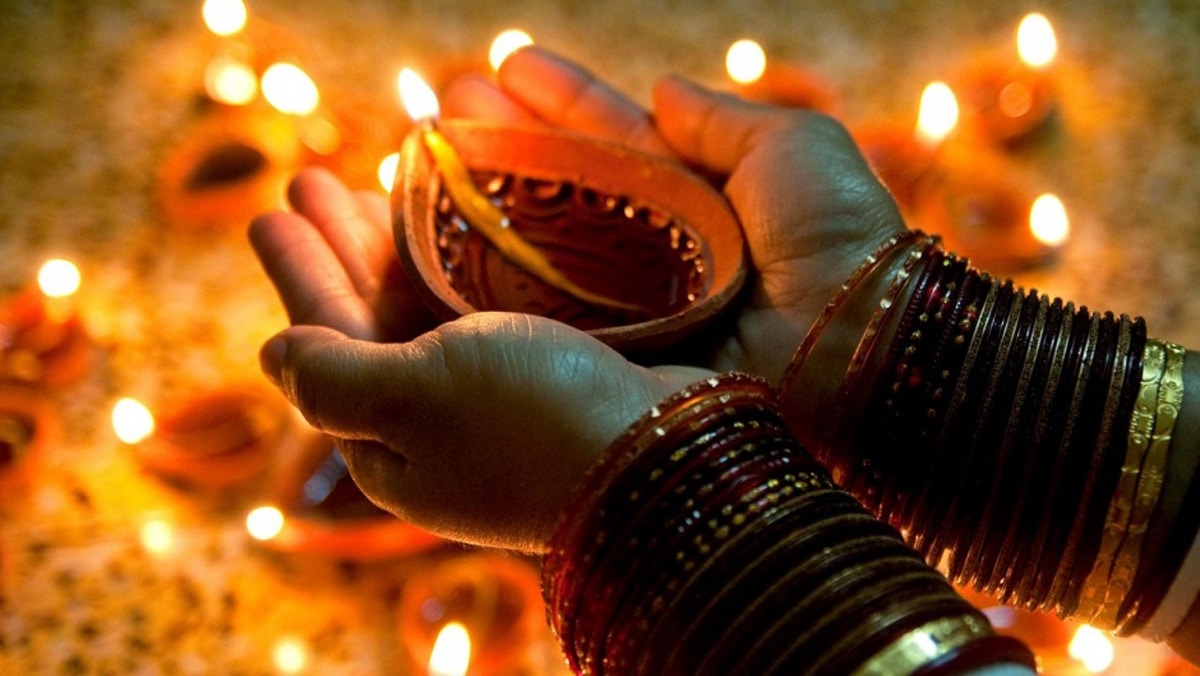 Along with its religious, cultural, and social ties, Diwali is considered the shopping season of the year. This is undoubtedly related to the wealth and prosperity beliefs that underlie the festival. Especially the first day, Dhanteras, is named as golden day. On this day, families buy a considerable amount of gold.

Considering all the decorations and gift exchanges, Diwali marks a dynamic period in terms of economic activity. In this sense, it is parallel to Christmas in the West.

Diwali is more global than it seems. It has attracted many cultural exchanges throughout the world. It is a time of the year when Hindu and Indian communities that live in various parts of the globe get together and celebrate Diwali in places of worship called mandirs.

Some governments from various cultures organize celebrations at a diplomatic level, and Diwali is widely encouraged to celebrate under the name of diversity and inclusiveness. Even the India-Pakistan border is more peaceful with celebrations at this time of the year.

As mentioned above, various communities in different parts of the world celebrate Diwali. The largest celebrations of Diwali in the Western world take place in the Leicester city of England. The celebrations are held along Belgrave Road, the heart of the city’s Asian community. It is an exciting occasion with lots of light shows, music, and dancing.

You can add it to the list of things to do before you turn 30. Here are the other 15 things.

Urbansurf; the community believing in togetherness