Are you planning to visit the most visited Latin American cities? Let’s learn more about them!

Latin America is full of surprises with its history, culture, food, and nature. That is the reason why it can be very severe to pick a place to visit. However, we have created a list of selection of the most visited in Latin American cities. Our list may help you to choose a place to visit.

Machu Picchu in Peru is a well-known ancient Incan lost city built in the 15th century between the magical Andes Mountains and Urubamba rivers where the tropical mountain climate can be felt. It would be the number one destination to visit in Latin America, where a fun selfie can be taken with an independent llama.

Caracas: Enjoy the colours of the city 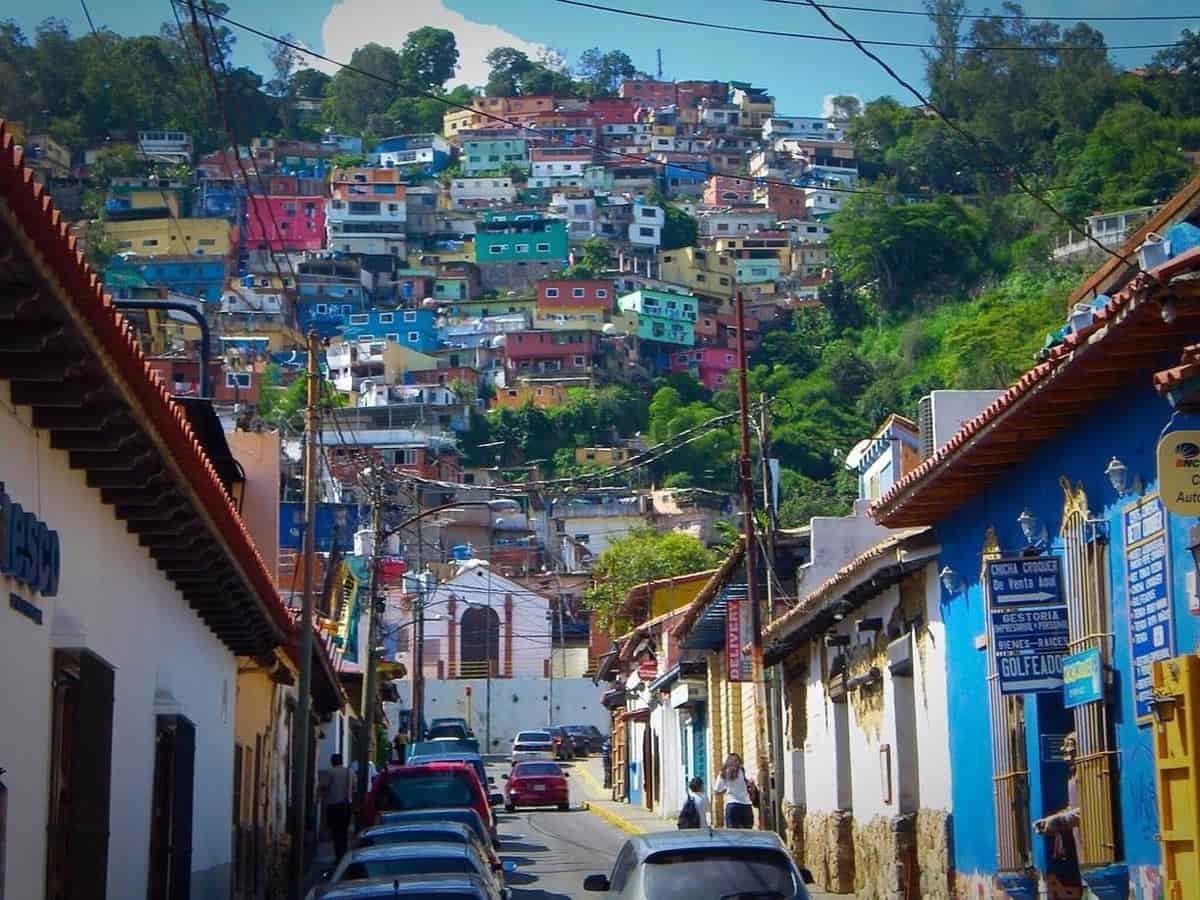 Santiago de León de Caracas is the metropolitan and capital city of Venezuela. The city can be seen above with Teleférico de Caracas, and El Ávila National Park, Parque del Este and Los Caobos Park can be satisfactory destinations to rest after a long walk in the city. Caracas hosts many museums as well, such as the Birthplace of Simón Bolívar, National Pantheon of Venezuela, and Museo de Bellas Artes. 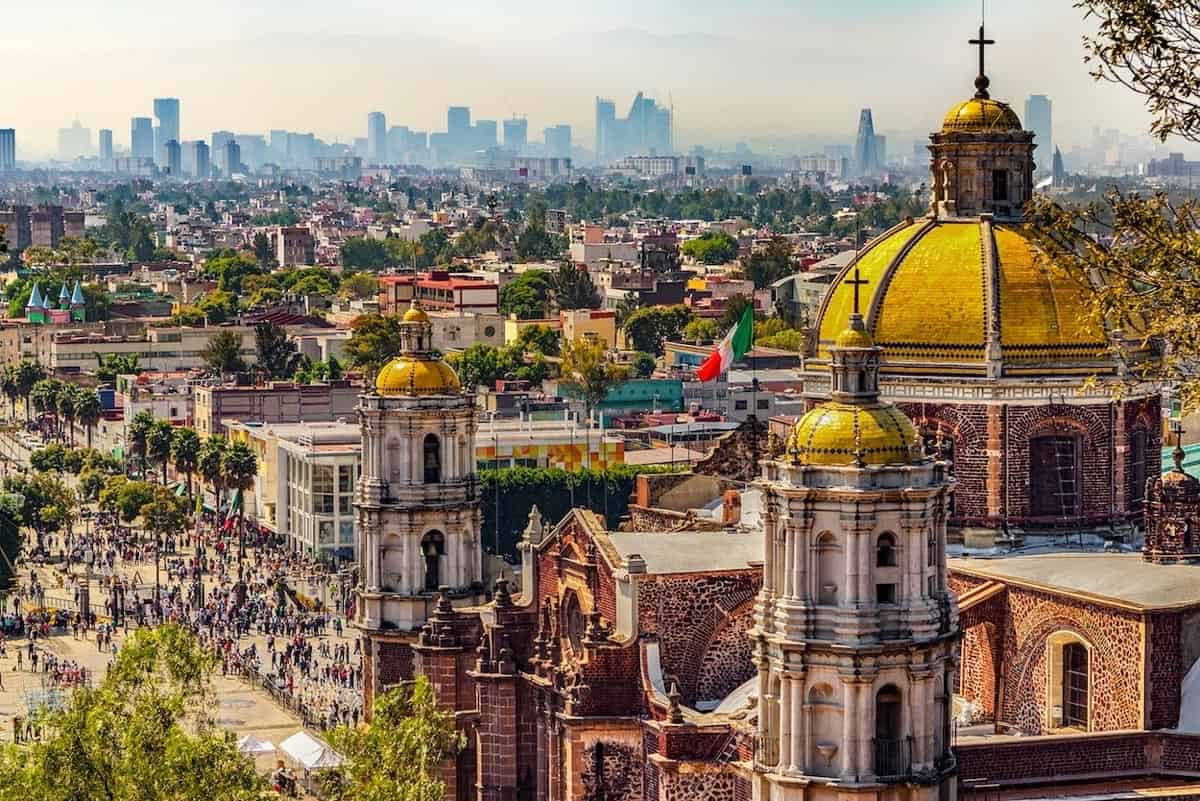 Mexico City is the capital of Mexico with a massive population and culture. Templo Mayor, the 13th-century Aztec temple, is the very well-known touristic attraction with the baroque Catedral Metropolitana de México of the Spanish conquistadors and the Palacio Nacional. The last one houses historic murals by Diego Rivera wherein the Plaza de la Constitución, also known as the Zócalo. 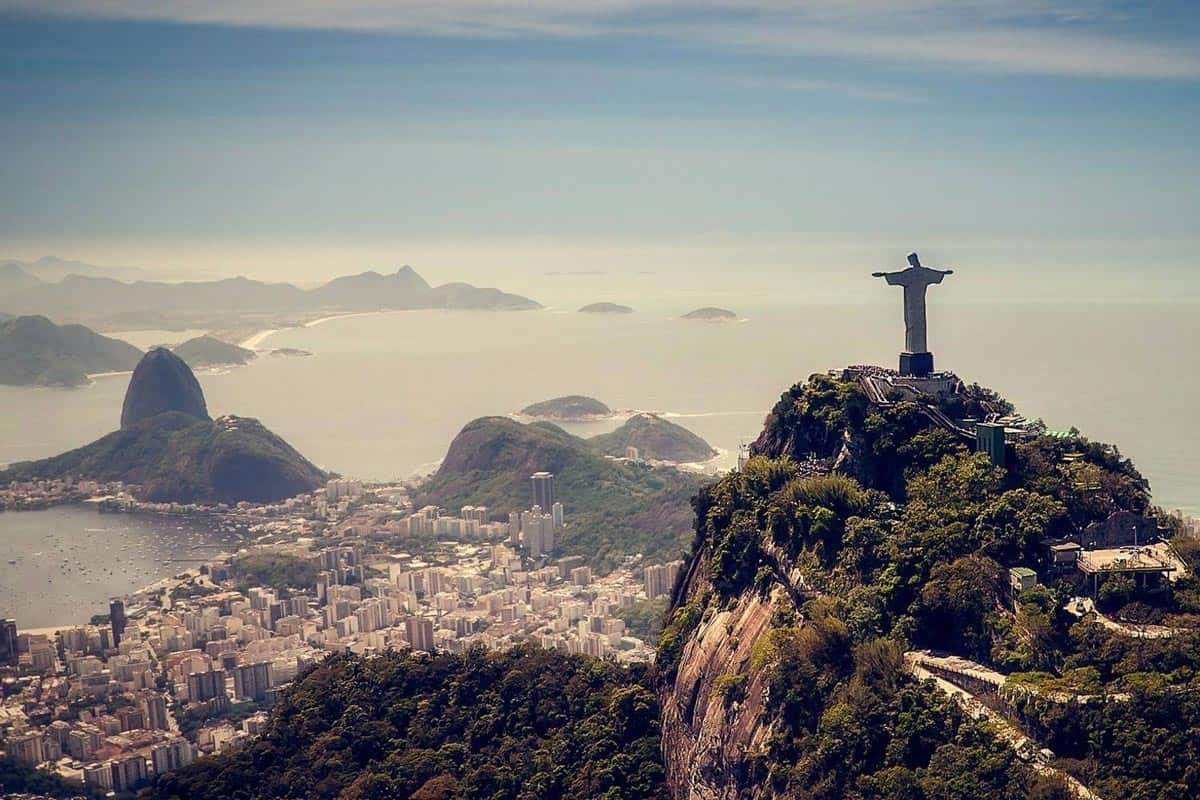 Rio de Janeiro is one of the biggest metropolitan cities where the green and blue create an unbelievable dream sightseeing spot in Brazil. The town was especially famed for its Copacabana and Ipanema beaches. A famous image of the Latin soap operas Christ the Redeemer statue (38 meters) is at the top of the Mount Corcovado that you can take a cable car to reach to Sugarloaf Mountain. The city is also known for its season for the Carnaval festival with its mass parade, colourful costumes, and samba dancers, which is the world’s largest.

Havana: In love with Che Guevara? 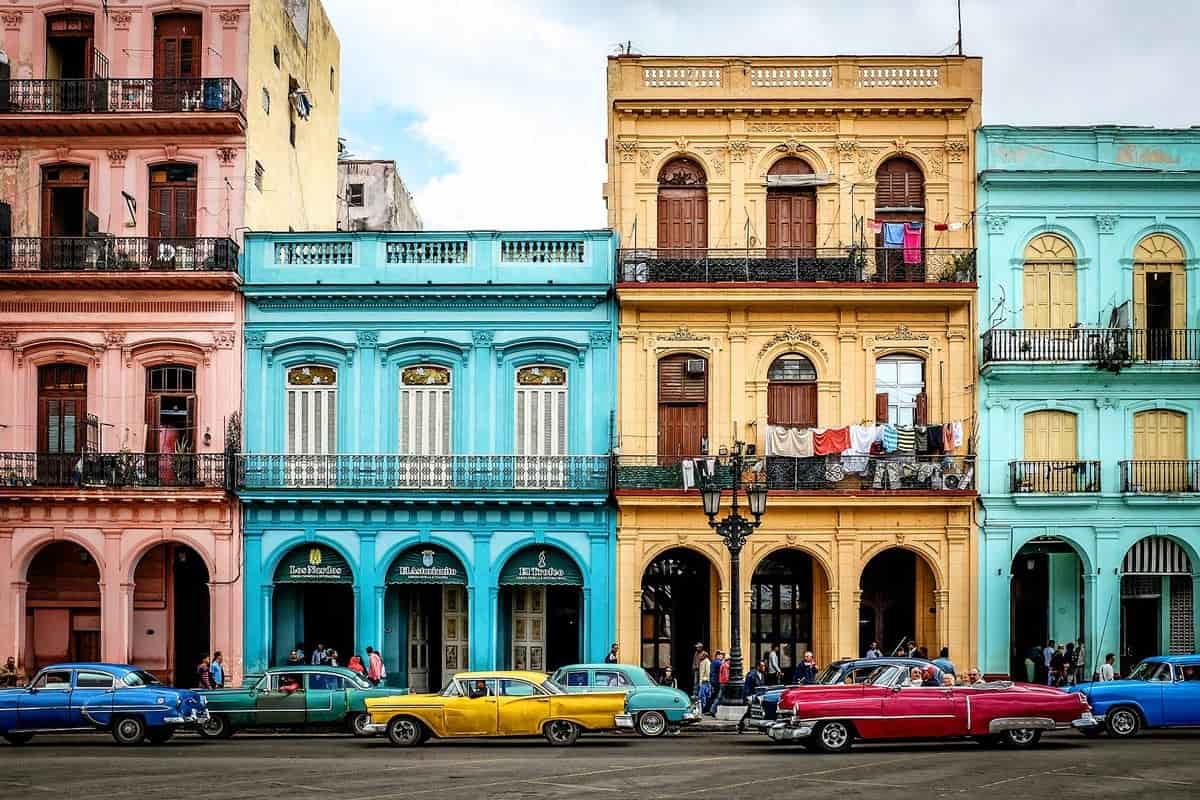 Havana is not only a significant location for the Che Guevara lovers, but also for history fans where they have got to see the traditional life, industry, and architecture of Cuba. Old Havana makes people feel that it is just a moment of an old Hollywood movie that the historic streets, buildings, and life are filmed. Vedado, Capitolio Nacional, and Real Fabrica de Tabacos Partagas are the essential venues to visit in Havana. 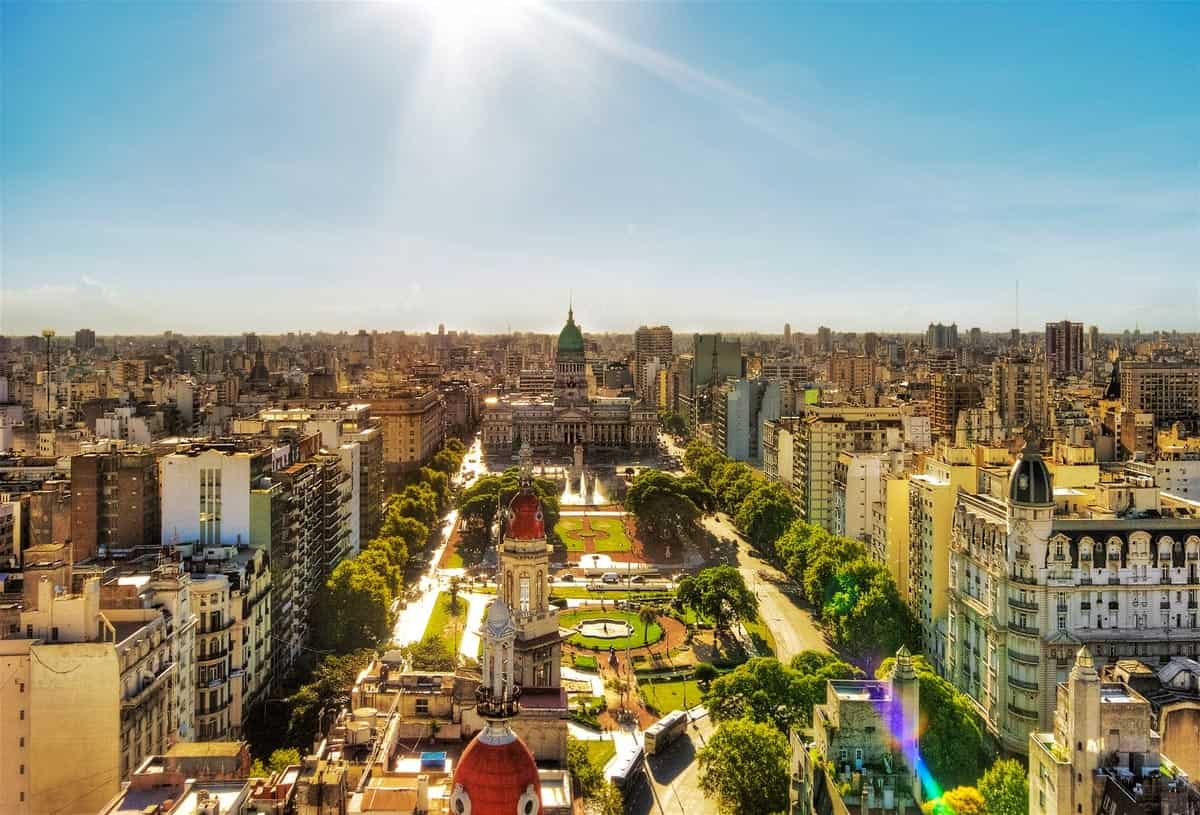 Buenos Aires is one of the most cosmopolitan cities in Latin America with its endless museums, art galleries, theatres, and its precious cultural lives with the touch of European Culture, which was built by the postcolonial Italian immigrants’ settlement in the late 18th century. The multicultural experience of Buenos Aires and its ethnic, religious, and linguistic diversity can amaze you as well.

Bogotá: Walk around for unique experience 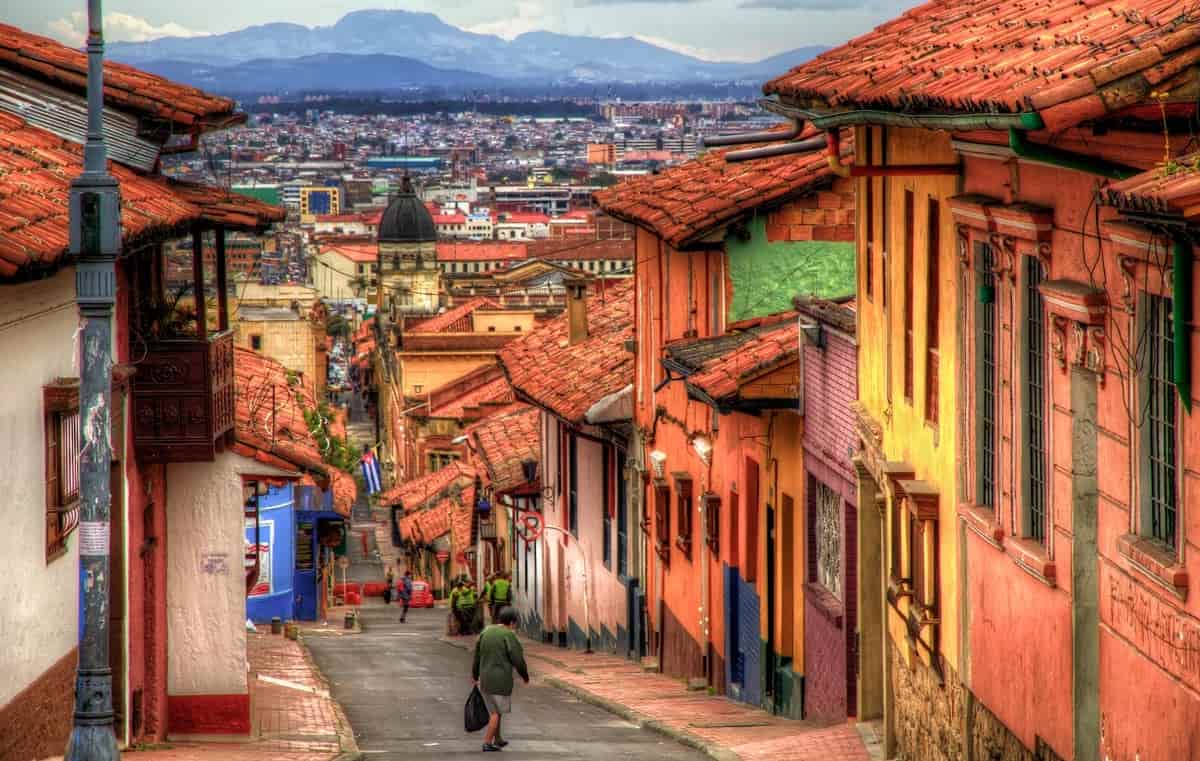 The capital of Colombia is also known as Santa Fe de Bogotá. During the last few years, Bogotá has become the new star destination among Latin American cities, where the new and old can be found at once. Historic churches, fashionable shops, and modern art exhibitions, the Gold Museum, the Museum of Colonial Art, Catedral Primada de Colombia, Plaza de Bolivar, and La Candelaria are the most famous places to visit. 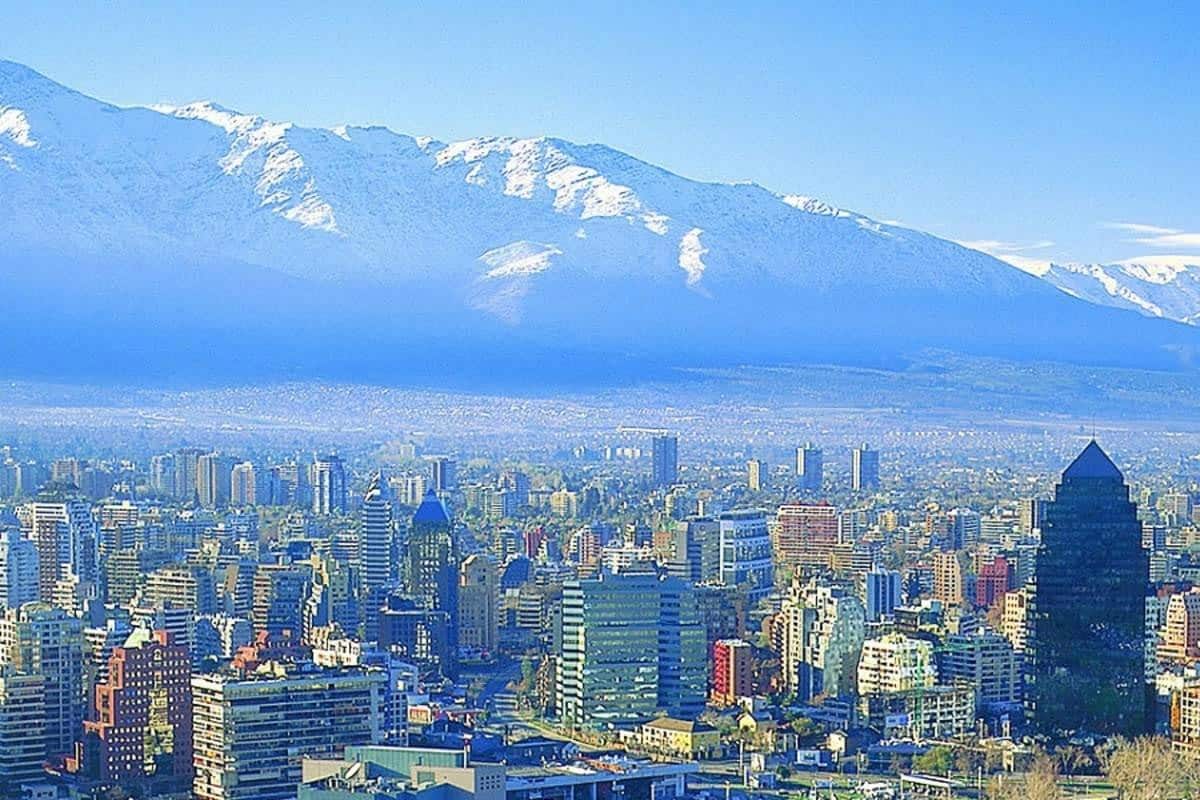 Santiago is the capital and biggest city of Chile with skyscrapers, rolling vineyards, and soaring mountains with the harmony of romantic cuisine and neoclassical architecture examples, such as the 1808 Palacio de la Real Audiencia, housing the National History Museum, and the 18th-century Metropolitan Cathedral in the streets. Bellavista is the fashion centre of the city where avant-garde pieces can be found. Famous poet, Pablo Neruda’s home La Chascona, should be added to the bucket list of the town along with the Chilean Museum of Pre-Columbian Art. 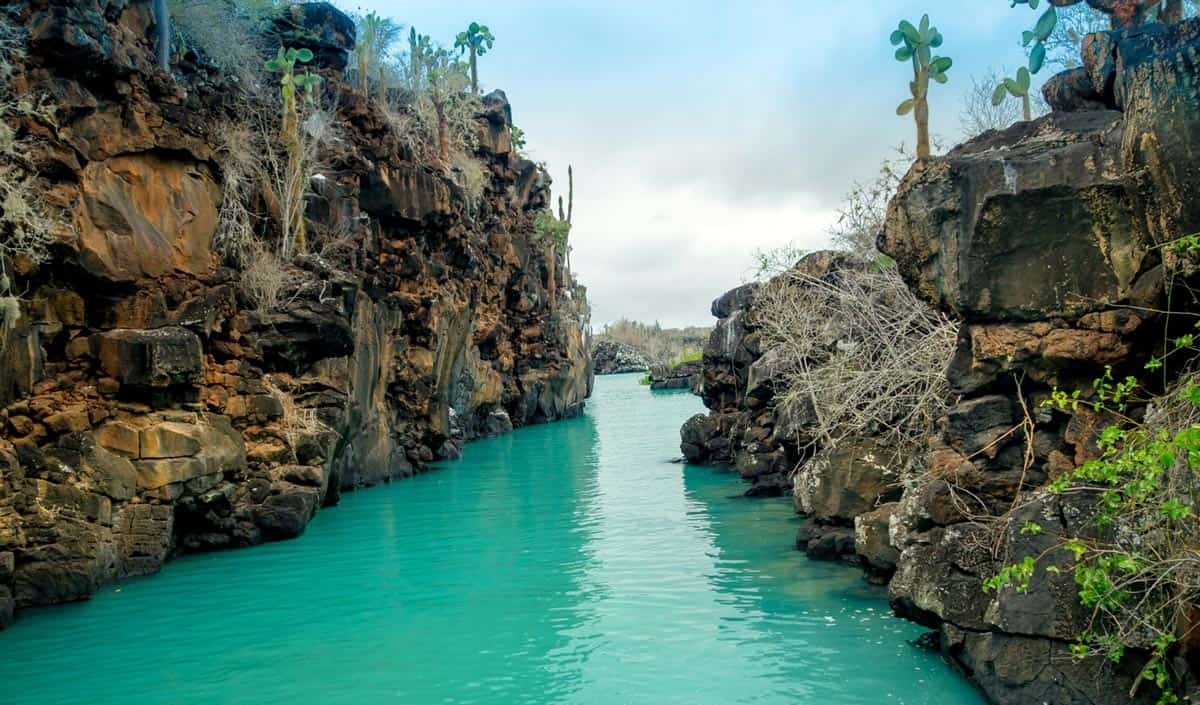 The Galápagos Islands is an active volcanic land that is considered to be one of the world’s foremost destinations for wildlife-viewing with more than 120 islands where Charles Darwin’s observation of Galápagos’ species later inspired his theory of evolution. The island is also one of UNESCO’s World Heritage Site.

Cartagena: The walls from the history 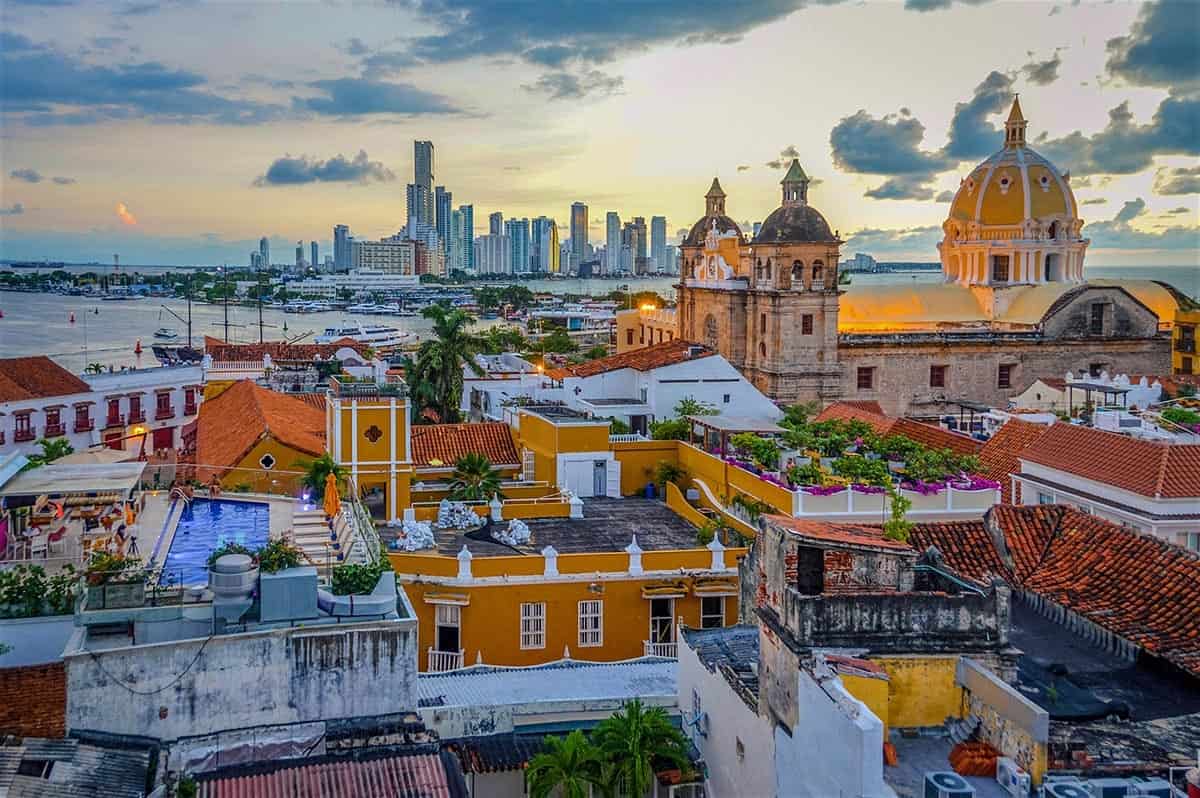 Let’s move on to Colombia. The walls of Cartagena, started to be built to protect the city from the pirates in 1586 is in the list of UNESCO’s World Heritage Site. The walls are the most famous touristic attraction of the town. The city has three must visit zones San Pedro hosts the Andalusian palaces and cathedrals, San Diego is the hot spot for sunset watchers and Gethsemani is today’s famous so-called “hip” zone built on Holy Trinity Square. 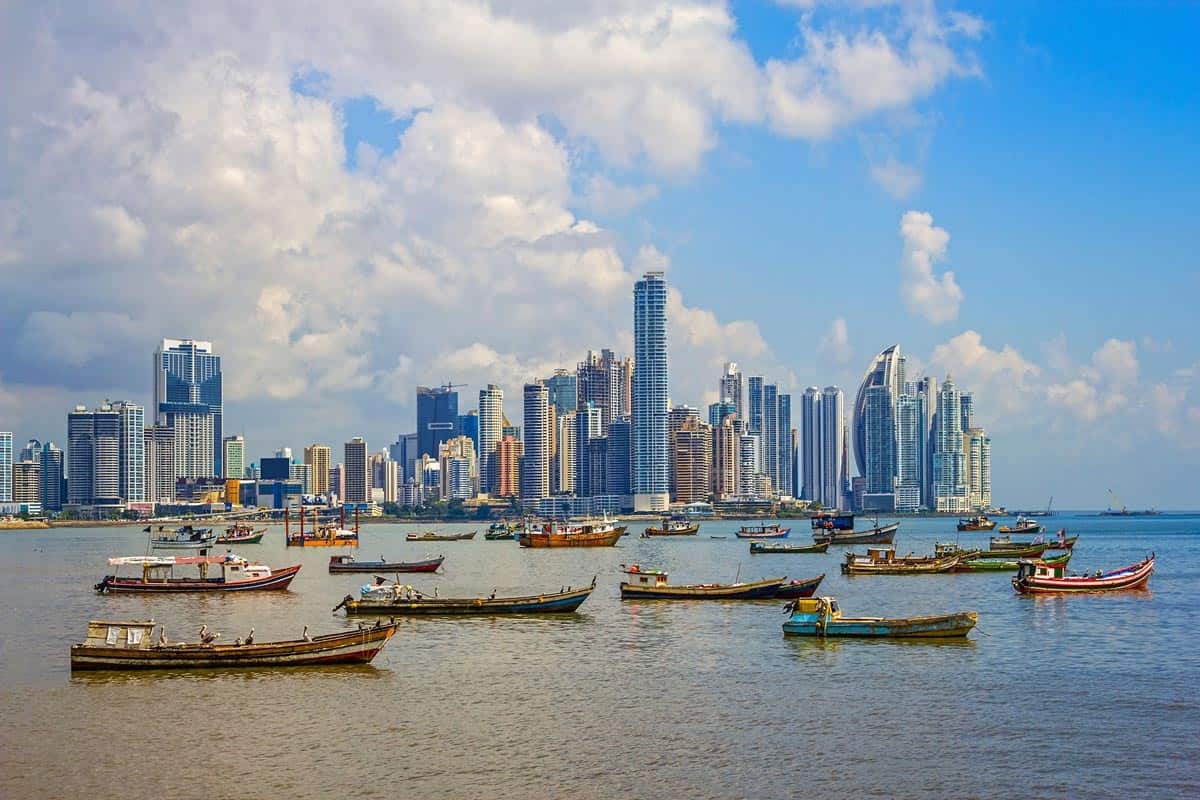 Panama City is the capital of Panama and home for the Panama Canal. The Canal links the Atlantic and Pacific oceans. And the visitors can learn about the Canal more in Miraflores Visitor Center. Casco Viejo is a historical centre, full of colonial-era landmarks such as Palacio Presidencial from neoclassical age and bougainvillaea-filled plazas lined with cafes and bars. Teatro Nacional to Panamá Viejo is the oldest European settlement in the Americas. 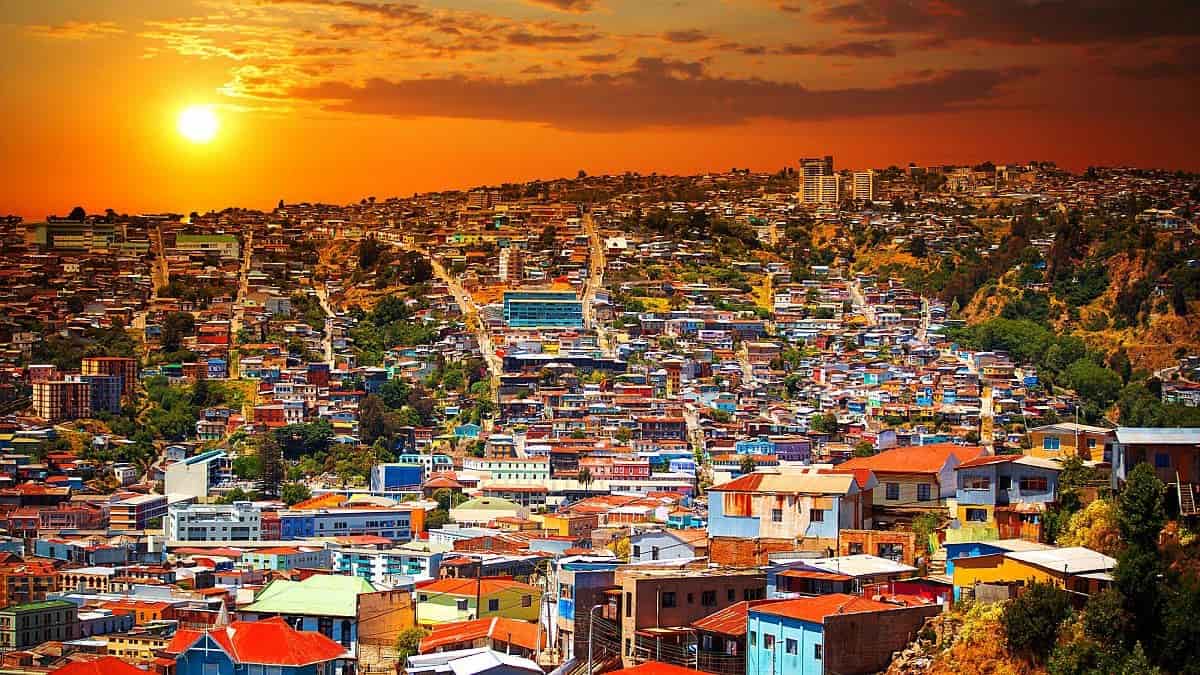 Valparaiso has lovely and colourful homes with the Pacific coast, where the culture, nature, and history meet. The Museo de Bellas Artes is an excellent example of Impressionist Chilean art. And the Museo Maritimo is a reflection on the War of the Pacific. The famous Chilean poet Pablo Neruda’s La Sebastiana Museum is also a must place to visit in the city with the European style of Plaza Sotomayor in the city centre. Iglesia de la Matriz del Salvador is a historical church that is also declared as the National Monument of this sailor city.

Cusco: Glorious mountains are watching you 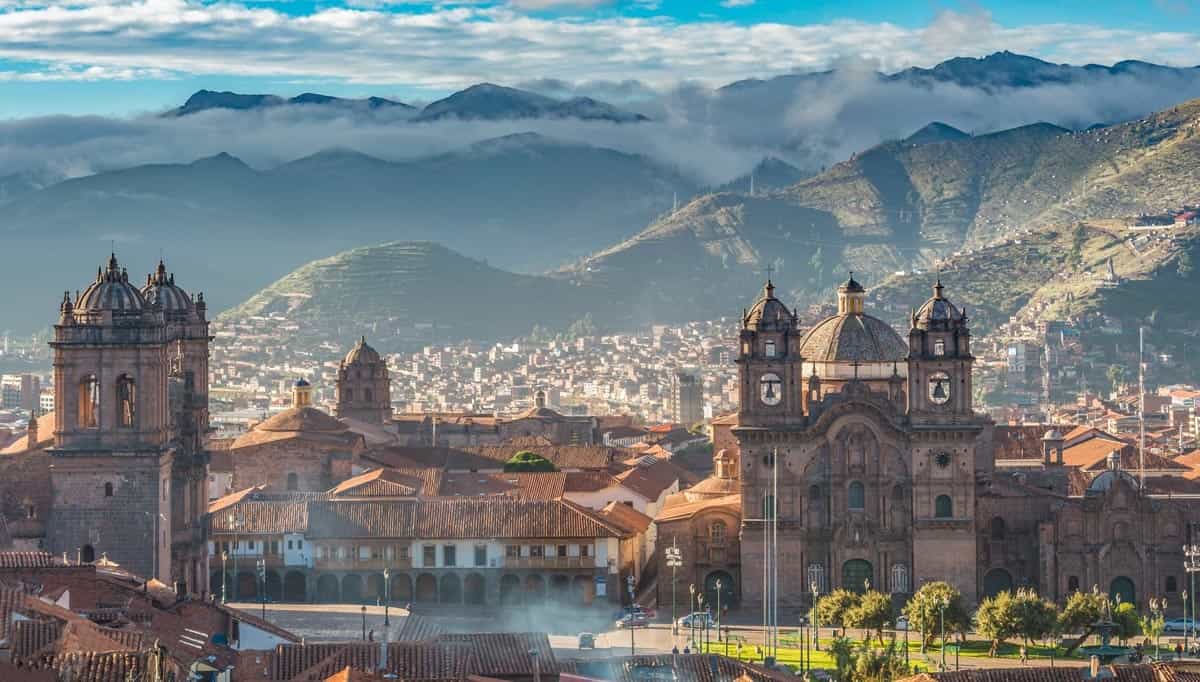 Cusco is a former capital city of the Inca Empire and has many archaeological remains. The Santo Domingo Convent, Incan wall ruins, carved wooden balconies are some magnificent examples of the old city in Plaza de Armas. In the late 16th century, the town was occupied by Spanish where Spanish colonial architecture built such as Iglesia de La Compañía de Jesús and La Catedral. The Museo Inka and the Museo Chileno de Arte Precolombino are the other historical attractions.

La Paz: High above the earth 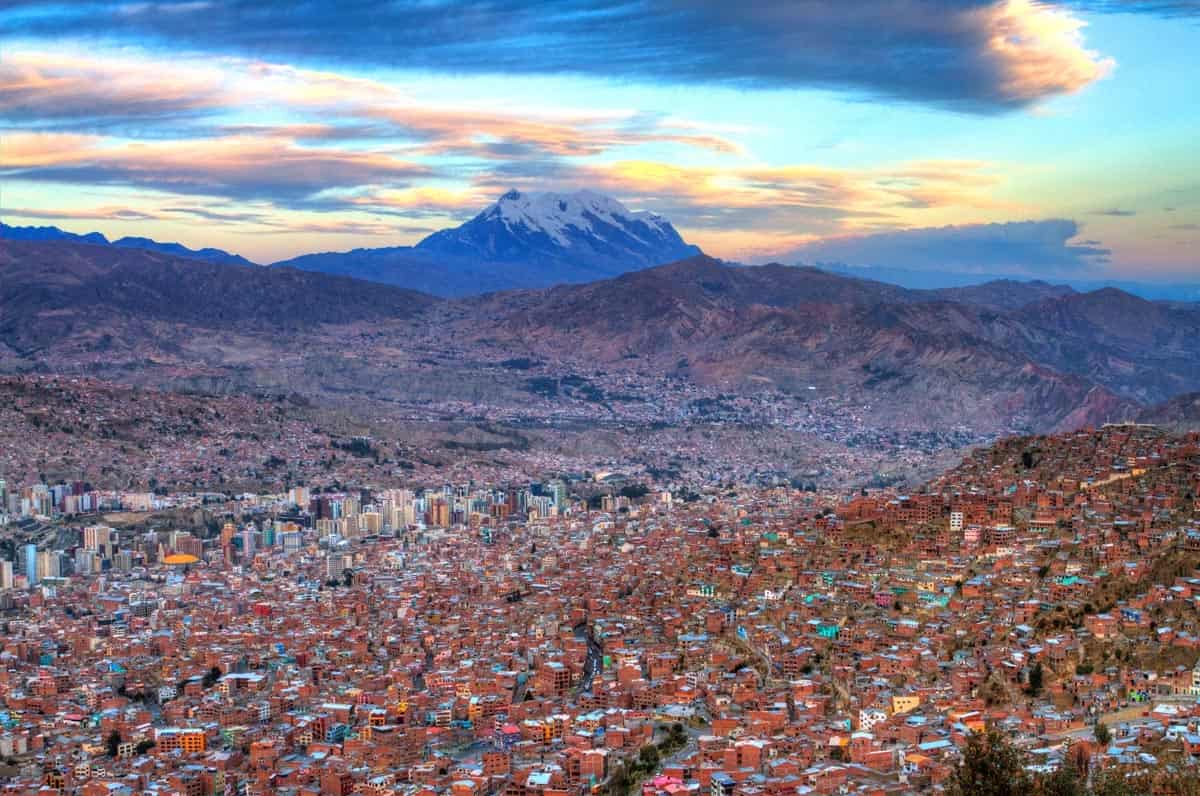 At first, the oxygen can be felt and widen your thoughts. Here is why: it is the highest capital city in the world, with 4100 meters height above sea level. Have a fabulous trip above the city Mi Teleférico and enjoy the aerial cable car system to see snow-capped peaks. The city is quite affordable when it comes to accommodation, food, nightlife, and any other expenses. Presidential Palace in La Paz is very appealing for tourists as well. 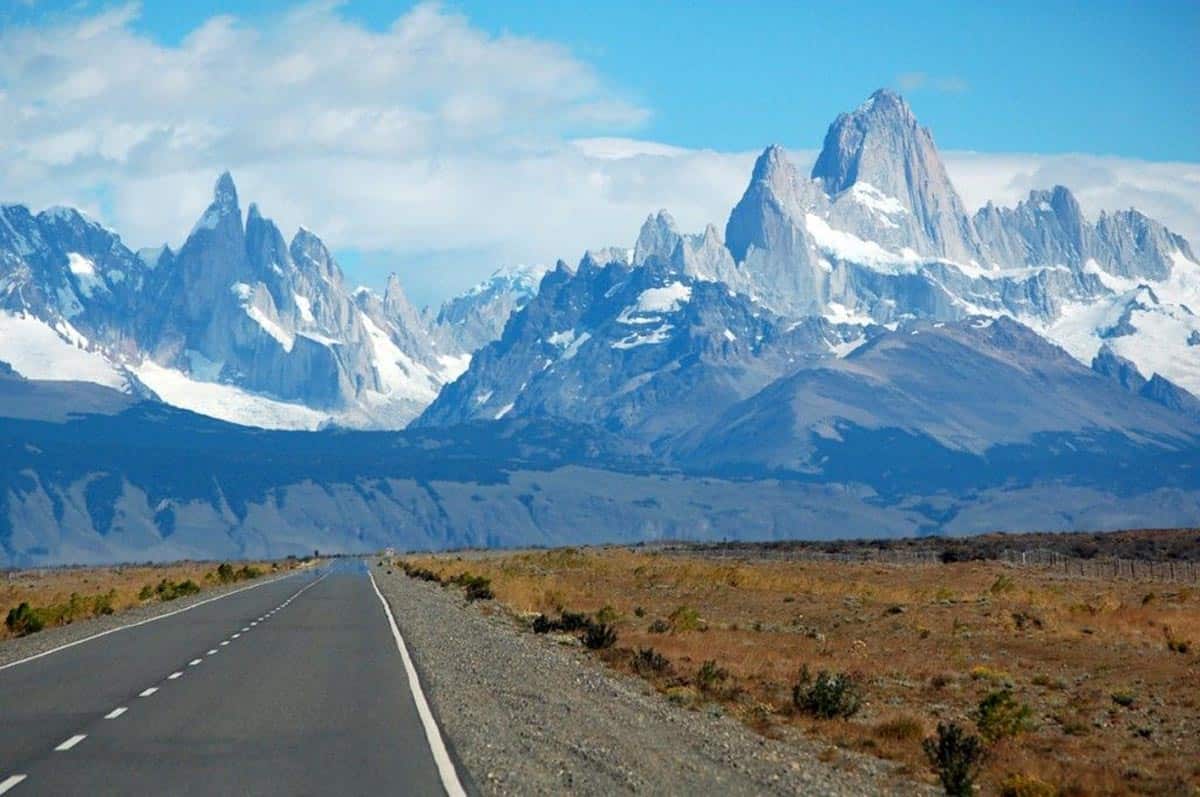 Santa Cruz in Argentina is well-known for its national habitat and beauty. It is surrounded by Andes mountains, the Atlantic Ocean, and glaciers. Santa Cruz hosts Los Glaciares National Park. The park is home to the largest ice cap outside of Greenland and Antarctica – an ice cap that feeds 47 massive glaciers.

Which is your favourite one among Latin American cities? Comment below!

What to Eat in Italy?

The Hottest 13 Winter Festivals In Europe

Why Travel Solo: Be A Solo Traveler Now!

15 Delightful Christmas Markets Across The World

Tourist vs. Traveler: Who Are You?